[Proposal] Votes4LPs - give all Ocean tokens a vote!

Description of the project:

So far $OCEAN token liquidity providers did not have the chance to vote on OceanDAO proposals as the current Snapshot strategy used by Ocean Protocol is only “erc20-balance-of” - check the OceanDAO Snapshot space here.
I created a new strategy that makes it possible for liquidity providers on the Ocean marketplace to vote for OceanDAO proposals - pull request for the space here, pull request for the strategy here.
I also started a discussion on OceanDAO’s Discord how to handle datatoken holders:

Hey @here - I am at the crossroads with adding the ability to vote for OceanDAO proposals with $OCEAN tokens that are staked on Ocean marketplace and I want to hear your opinions so I can make a more democratic decision as well as hear your arguments.

So at the moment I am attributing votes to liquidity providers in a pool after this formula:
user_votes = user_pool_shares * (pool_ocean_reserve / pool_total_shares)

That gives all the voting power of a dataset to the liquidity providers. This is very straight forward and works already perfectly.

BUT, and this is where I am asking for help, this does not take into account that people can buy datatokens out of the liquidity pool and hold them without providing liquidity. They are then adding more $OCEAN to the pool as they take out the datatokens.

If they should get votes then there are two routes that can be taken.

The first one is to treat the liquidity providers as more important and thus treating the pure datatoken holders votes as if they would be adding liquidity to the pool and then calculating their shares by the amount of pool shares they would get - vote for this alternative via :regional_indicator_c: .

The pool_ratio_liquidity_factor depends on the pool. The pool ratio (10:90,70:30, etc.) is important here and the amount of datatokens the user holds, as adding liquidity is not a linear function.

Other alternative is to treat the pure datatoken holders as first class citizens and then distributing is depending only on the number of datatokens. Vote for this alternative via :regional_indicator_d: .
The formula is then:
user_votes = user_datatokens * (pool_ocean_reserve/datatoken_max_supply)

Next to implementing the result of this vote I want to add more liquidity pools to a strategy that will enable these Ocean token holders to also vote for OceanDAO proposals.
The first step is to see which pools contain the most Ocean tokens (Bancor, Uniswap, Balancer, etc.) and then check for subgraphs that contain that information. If necessary I will host additional subgraphs to make it possible that the Snapshot strategy can interact with this information.

In the future additional liquidity pools will be added e.g. Ocean on Matic, Ocean on Polkadot/Kusama, OceanO.

I also see a strong posibility to create an Ocean token tracking dashboard out of this information as these strategies create a strong information graph where tokens are stored. This is a request opened by Manan here.

Giving a vote to $OCEAN token owners who are providing liquidity with their tokens.

Open source project on GitHub as a repository - the current strategy is hosted here: 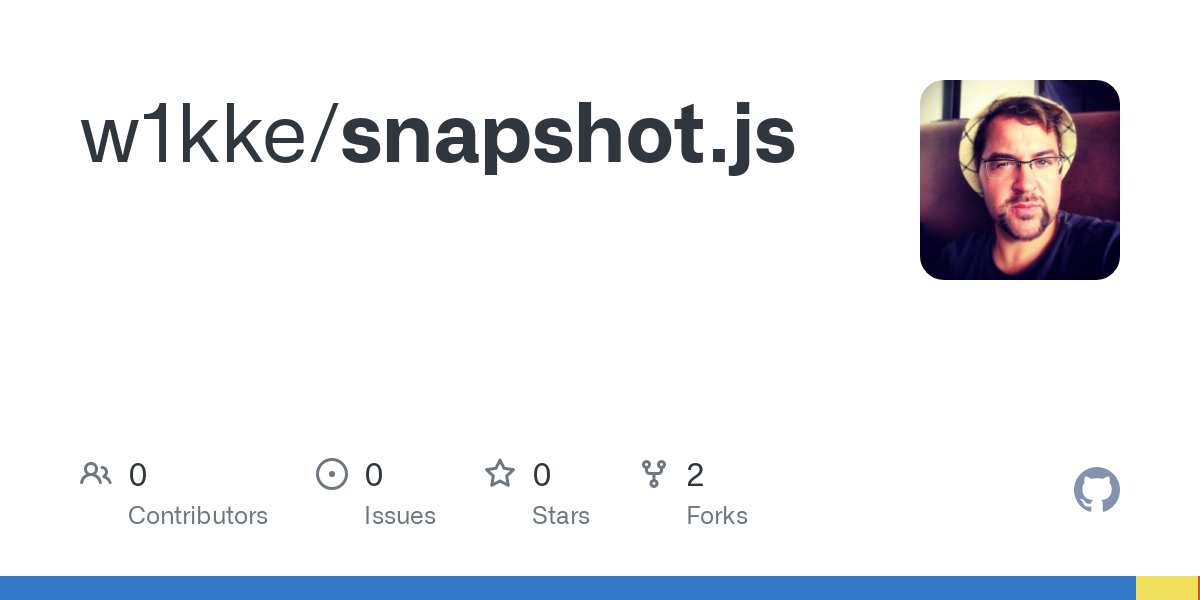 Contribute to w1kke/snapshot.js development by creating an account on GitHub.

How does this project drive value to the Ocean ecosystem? This is best expressed as Expected ROI, details here.

Token holders currently: 27,000
Token holders that have staked their tokens: 10%
Avg. holding per holder: 22.5K Ocean (613 Mio / 27K holders)
Assumed amount of staked tokens: 22.5k * 2,700 = 60 Mio Ocean
This means that there are potentially 60 Mio new votes incoming to the OceanDAO votings.
This participation will increase interest in the Ocean token so 1% more token holders will be created.

IF: Build / improve applications or integration to Ocean, then:

If the project includes software:

For each team member, give their name, role and background such as the following.

Any additional information, custom fields, or images you would like to add? For example: Any grants or fundraising to date?

That’s great news! A question: Why are they coming each one month apart?
Is it just because that’s the order you’ll implement it or are there other reasons too?

To give an updated roadmap to the OceanDAO team and because that is the order I prioritised them according to the number of tokens staked in them.

@Robin (DataUnion.app)#5649 just following up on my tasks, and since you brought up Snapshot strategies in Town Hall, I thought I’d follow up ASAP so we can maybe organize that.
In particular I’m referring to unlocking more token OCEAN holders/stakers, across different dexs/etc.

I believe our insights were mostly in aggregate (no # wallets vs. balance vs. total aggregate) and Bancor was the next big one.
Would like for us to forward movement on Snapshot strategies before Round 6, so we can signal to those communities.

Not sure which other teams/engineers might want to take on this conversation with Robin as well, but thought I’d follow up in here.