Today, benefitting from AI super powers still requires data engineering skills and feels like the privilege of successful tech companies. Most organizations don’t even think AI is for them because it just feels too far away.

This perception of AI doesn’t take into accounts the recent improvements made in the field.

We believe that coupling low-code and AI is the way to cross the chasm and make it accessible to every company. In this grant application, we want to demonstrate the feasibility of this claim by implementing a simple AI powered feature.

We want to put at the disposal of OceanDAO members a directory where members of the DAO can fill in their profile. The POC consists of offering people the possibility to generate an avatar based on their profile description.

Startin’blox will provide for 3 months the necessary environment to host this AI powered directory of members. The directory will allow OceanDAO members to login and fill in their profile, by token gating access based on the amounts of $OCEAN present on their wallet.

If the amount of $MATIC allows it, OceanDAO members will have the opportunity to generate an avatar. The generative algorithm would be hosted on Ocean C2D infrastructure. 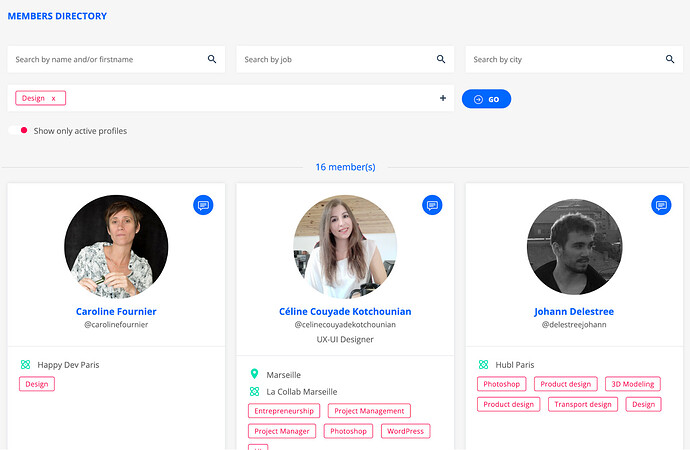 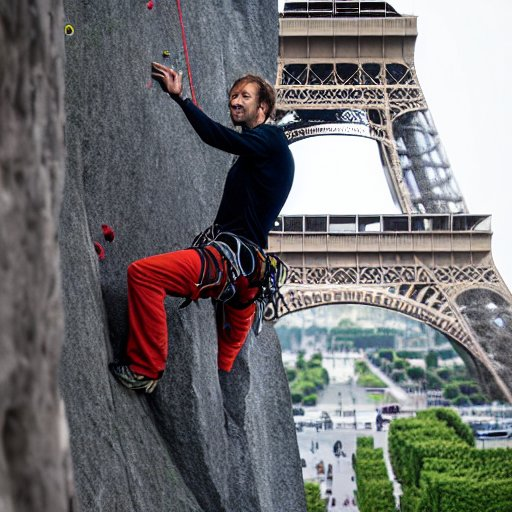 Present: The version of the directory we propose to develop here is a proof of concept. Ocean Protocol would already benefit if many OceanDAO members choose to generate their own avatar on the directory by earning the “Community Fee”.

Future: If the proof of concept is deemed a success by us and the Ocean Core team, we’d like to bring it a step further by doing two things:

Startin’blox already have a very good understanding of the Ocean stack by having read the documentation entirely. We have been selected to implement the Decentralized Backend Storage part, so we’ll actively develop on Ocean this very week. Of course, we know about our directory of members.

Algovera has a solid data scientist reputation among the Ocean ecosystem. They would be in charge of deploying the generative algorithm on Ocean’s C2D and supervise the AI part of this project.

Allow OceanDAO members to login with their wallets 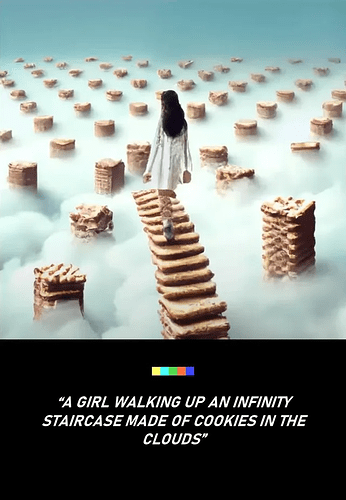 DALL.E : A girl walking up an infinite staircase made of cookies in the clouds

We have all seen very impressive DALL.E 2 creations based on text inputs. What most of us failed to understand is that many AI models that are as impressive as DALL.E 2 are production-ready to assist us in our daily lives. In the same way that it is now possible to generate an image by providing a simple sentence, we can ask AI to summarize hours of meetings for us, to translate it in a foreign language and much more.

Algovera and Startin’blox want to collaborate to provide the first live example of an AI powered feature anyone can add into her own app. We believe that developing the apps layer on top of the Ocean Protocol is an efficient way to foster token usage.

A directory of OceanDAO members hosted for an extendable 3 months, with privacy preserving avatar generation based on the profiles of the members

Startin’blox is a low-code app builder for interoperable apps

We have 30 clients, mostly ecosystems of companies that need to exchange data with one another through a set of different but compatible apps. Our sexiest client is the European Space Agency (ESA).

We are fast approaching 500k€ of revenue.

Benoît has been building decentralized and SSI powered apps for 8 years. He is a worldwide expert of the Solid standards, the most advanced specifications to build interoperable apps, with 30 apps deployed in production and several contributions to the W3C specifications.

Sylvain is an entrepreneur for 12 years in the tech industry, focused on the decentralization of organizations. He co-founded the biggest freelancers collective in France called Happy Dev, which can be considered one of the first DAOs. He co-founded Startin’blox being convinced that interoperable tools were a crucial missing piece of a thriving decentralized ecosystem.

Louis is a word class expert in cooperativism. He is one of the leading figures in the world cooperative movement. He is spearheading research on the impact of web3 in cooperativism. He convinced 10 international organization to give a try to decentralization, and is accompanying them in the process.

Alex is an entrepreneur for 10 years in the tech industry, with the same focus as Sylvain. They work together for 8 years and therefore share the same curriculum.

PhilH is a contributor, advisor, contributor, and early-stage investor in the crypto/DAO space since 2015. He’s currently an active contributor of dOrg and Mangrove, an advisor at Morpho, a board member at Ethereum France (EthCC), a delegate at ENS, and a proud Trusted Seed member.