Since the last grant round, we’ve been iterating on the UX flow of how users can publish a dataset to Ocean via the Re-Public mobile app. Current progress can be seen in the video below. 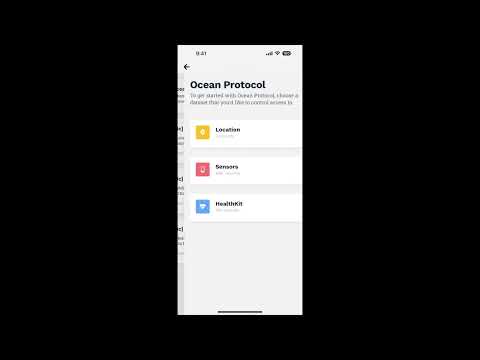 To get what is shown in the video working in production, more time will need to be spent hooking the app up to a server that will do the deployment of the NFT and datatokens. We’ll also need more user testing and feedback.

We’ve spent a fair amount of time with both ocean.js and ocean.py, but we’re still hitting some snags in deploying the NFT contract to Polygon Mumbai, where we plan to test the contracts before deploying to Polygon mainnet. Part of this grant will go towards working through those snags with the community and updating any docs to better help future developers.

In our previous proposal, we misunderstood the format and listed much larger goals for deliverables than could be achieved with the initial grant funding. So we’re updating the deliverables here to be more in-line with this second amount requested.

Follow-on funding could go towards releasing the integration to production, plus more explainer UX within the Re-Public mobile app to guide users through the mechanics of what it means to publish their data through Ocean. For now, an achievable scope will just be to get the mobile app to be able to upload and publish a dataset via the server’s Ocean integration on Mumbai.

That integration will then be made available to the community via TestFlight so that the Re-Public team can gather feedback. We’ll then use this feedback to inform a future proposal to polish the integration for production and release it in the live app.

For more information please consult our previous proposal from Round 22:

Grant Deliverable 1: Improve documentation and research edge cases as we work our way to a production ready implementation of ocean.js.

Grant Deliverable 3: A post on the Re-Public blog that explains what Ocean brings to the Re-Public stack and what work has been done so far. 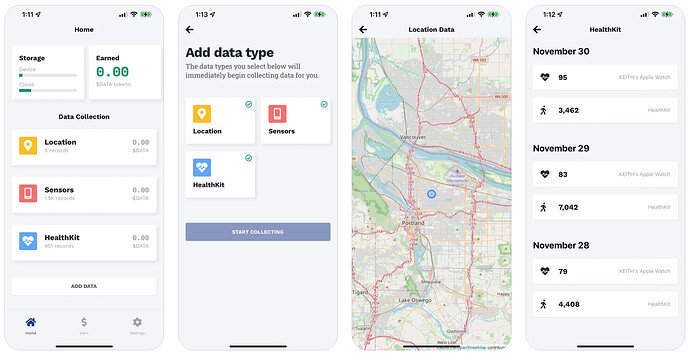 The vision of Re-Public is to create digital asset management software for your personal data. A dashboard to visualize all the data that you and your devices generate, and then give you the tools to decide what to do with it, from storage, to licensing, to monetization.

This software is free and open source, and governed by a DAO using its own governance model and software, which are also open source.

We are entirely grant funded and consider ourselves a public good. We currently have a single, unpaid, founder/developer creating the software while other members help with adoption, promotion, and strategy.

We currently have a mobile app for iOS and Android that’s publicly available on the App Store and Play Store. The app allows users to collect a few data types: Mobile sensors, location, app usage (Android) and HealthKit (iOS).

Currently the app allows users to share their data in real-time via the Streamr Network.

The initial requested funding would go to our developer to begin building out an integration with Ocean that would allow Re-Public users to share/monetize data via Ocean Protocol.

The idea would be to add an Ocean Protocol card on the current Earn screen and build out the UI to educate users about Ocean Protocol while allowing them to use it as effortlessly as possible.

It’s difficult to estimate how far along this amount of funding would get towards the end vision, but the goal would be to show enough progress to the DAO to return for enough funding to complete the integration.

Our developer has been over the `ocean.py` and `ocean.js` docs and believes this is a larger undertaking than the initial funding can cover. However, we should be able to show concrete success in a partial integration within 30 days and request further funding on those merits.

In this way the funding will yield a concrete software output that can be used and monetized by the DAO as they wish.

We really appreciate the opportunity to work the Ocean community. We view ourselves as very much mission-aligned with Ocean Protocol and hope this is the beginning of a long and fruitful partnership.

Please reach out with any questions or concerns!

Re-Public users can choose to share their data via the Ocean Protocol, as well as Streamr.

Keith Axline is currently in the Portland Incubator Experiment program that is connected to hundreds of prominent advisors for any specific needs or guidance.