Regularly updated docs and improvements in https://docs.oceanprotocol.com/. The exact task tasks, issues will be discussed with the Core team and can be tracked on github.

Yes, I had received the OceanDAO Grant in Round 2 and Round 7.

Ocean core components that power the ocean economy are constantly evolving. But, the documentation related to the changes in the Ocean tech stack is not maintained at the same pace. This creates a hurdle for the developers who want to develop applications using Ocean Protocol’s technology.

Thus, I propose to regularly maintain all the README.md files, setup guides, doc strings in the source code, and release the changes to https://docs.oceanprotocol.com/. 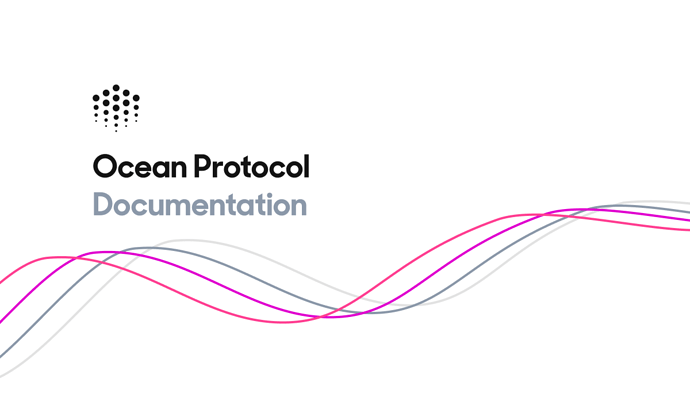 I wholeheartedly support this proposal. I’ve worked closely with Akshay in helping guide him on what documentation to work on, and he consistently delivers with high quality. The results at docs.oceanprotocol.com speak for themselves. I’m looking forward to seeing Akshay continue his great work:)

Is it possible to add documentation regarding Aquarius and its changes over time? That would be awesome.

Is it possible to add documentation regarding Aquarius and its changes over time? That would be awesome.

For me, that would have been a great addition too. But additionally, I’d like to stress the fact that what should be documented is not arbitrary but potentially useful information. Currently and in the past, I believe a lot of supposed-to-be information has been neglected to be documented. Having documentation run as a parallel task to development might be making this issue worse. Good documentation scales a software product’s usage and development. Bad documentation increases communication overhead.

Aquarius is a great example of this. Actually, a lot of work and decision-making has been put into its software, but along the way, all of this information has gone missing as no one ever wrote it down during the process (at least not so that I can look at it online). I’ve been developing for 9 months with the Ocean Protocol now, and I hardly ever look at its doc page to do anything as mostly I can’t find relevant information there.

Don’t get me wrong: There’s information, but it’s the kind of information that is classical for documentation being developed on the side. It fits the repository and code, but it’s really not helpful or allows one to gain additional insights.

If you visit this website: https://docs.oceanprotocol.com/references/aquarius/, sure: All routes of Aquarius are listed: But it remains impossible to understand how to actually use Aquarius in real life. The public endpoints aren’t listed. The docs aren’t versioned; the changelog isn’t linked. Requests and response bodies aren’t included and for the query endpoint, it is implicitly assumed that an external user is capable of inferring that the elastic search query language is in parts used.

I’m supporting this proposal in the hope that conceptual changes to the Ocean documentation are made such that developing becomes possible for external projects.

Thank you for your thoughts on possible improvement areas for docs. We will address the pain points as soon as possible.

Requests and response bodies aren’t included and for the query endpoint,

We already have a Pull request ready to be merged for displaying Aquarius api responses in docs:

We will also add documentation for request body and more usage examples.

We already have a Pull request ready to be merged for displaying Aquarius api responses in docs:

We just submitted our vote for this proposal and good luck! Our devs also have worked on an Aquarius documentation that might help you kick off the work for that library!

If you have time, go ahead and review our Proposal on the Port. Let us know whether you have any comments.

Hi Akshay, I just wanted to reply to your proposal, provide my support, and say thank you for all of your contributions towards helping to improve core Ocean documentation!

It’s incredible to have your participation in the community, and I honor your commitment to remain a ROI>1 project.

Here’s a short document our devs created on how to query Ocean’s subgraph successfully for pool assets. It’s short, but sweet. It took us quite some time to make this work, due to missing documentation. Therefore, I do believe your work holds value for external teams that are navigating the Ocean Git to build third party applications! 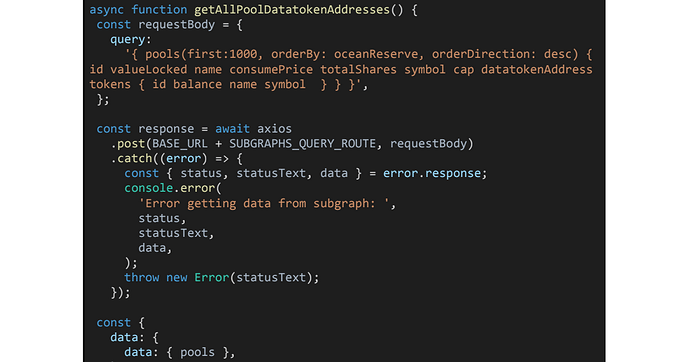 Queries to retrieve pools from Ocean.pdf

Thank you for sharing the document! We can add these queries as use cases for subgraph to help external developers build their own queries.

Hi @akshay, can you please try again? Thank you!

Thank you for submitting an update for your previous proposal! I am a Project-Guiding Member and have assigned myself to help you.

Your Grant Deliverables have been reviewed and look to be in good condition. You are ready to apply for another grant.