HYGROPRO started in a college apartment as a lettuce machine just for fun. After facing the challenges of creating a controlled environment hydroponics system from scratch, and tasting the sweet success of the first harvest, it became our mission to bring this satisfaction to everyone. We have worked hard to create a working prototype of a larger device capable of growing tomatoes indoors all year round. Not only do controlled environment agriculture devices create delicious produce, they produce a lot of data. Ocean Protocol is the perfect system to capture the insight created when growing food in our devices. Creating a proof-of-grow datamarket is an important feature that we want to make available for our users, so we are committed to onboarding all controlled environment vertical farm systems to the Ocean Protocol to act as a decentralized farm, the DEFARM.

The Ocean community has been entirely receptive to the HYGROPRO mission. We have made connections with the data analytics group Algovera as well as friends on the ambassador team. Being an agricultural project, we participated in the Dimitra Data Bounty and received a runner up reward for our lunar radiation analysis proposal for phase 1. We are asking for support from the OCEAN DAO to help us take the next step.

We already have a website, a logo and a modest social media following on the charismatic @plantsinside twitter account where we curate a DEFARM working group. Participants in the group are concurrently running their own independent experiments to advance the state of the art. We have also made a connection with a local controlled environment farm that is allowing us to analyze their data and make a direct case to Freight Farms to allow their farmers to publish on Ocean Marketplace by demonstrating the value of data analytics and ML on controlled environment farms.

We’re applying to your grant to fund concurrent development that will help HYGROPRO exemplify the Ocean Protocol standard and convince organizations like Freight Farm, Kalera, and Rise Gardens to join the defarm and publish their data on the Ocean Marketplace. We will conscript the development of a grow cam timelapse tweet bot to broadcast the happenings in our prototype device that will engage our audience further. We will work with our lawyers to draft a user agreement document that cements the user’s data sovereignty over their grow data. We will hire the Algovera team to analyze Nanue’s farm data. Finally, we will use the remaining funds to make various upgrades on our prototype to ensure the success of our grows and increase the quality of our datasets we upload.

We want to onboard every controlled-environment agriculture system in the world to Ocean Protocol.

Did someone say data farm? Meet the Defarm

HYGROPRO is a custom indoor garden production startup that builds devices that grow plants. Our mission is to make these systems and devices as ubiquitous as televisions and dishwashers in the modern household. We build controlled environment devices that use an array of sensors and actuators to tailor the plant environment and empower the user to achieve different plant expressions. So, not only are our users farming crops, they are also generating a lot of data valuable to large scale operations. That’s why we want to create a proof of grow data market, the Defarm.

Most people don’t know how bad they want a device in their salon growing happy hot peppers that think they’re in Bolivia. It’s going to take a little bit of time to reach the critical mass of users necessary to start a plant recipe bounty system that vertical farms can outsource their research and development budget to. However, there are controlled environment systems all over the globe that are sitting on top of their data right now. We want to reach them and help them put it up for sale on Ocean Protocol data marketplace.

So far, HYGROPRO has created a modular prototype and successfully grown two tomato plants in 2021. We have a website and blog that can host educational resources and instruction videos for our audience. This year we began seeding the Defarm community and have amassed 700 followers on our twitter account since March 2022. We also have a core Defarm group of 40 members serving as a discussion crucible and guerilla marketing force.

We believe this proof of grow data market is a great match for the Ocean Protocol Marketplace for the wealth of data analytics opportunities as well as overlap in plant culture and web3.

The final product of the HYGROPRO Defarm is a general intelligence machine learning algorithm that interacts directly with a network of independent controlled environment grow devices through a bounty system on a Proof of Grow Ocean Protocol Data Market fork that tests hypothesis and advances agricultural capability for a next generation food supply chain.

Controlled Environment system data and plant growth recipes and techniques is a perfect use case for the ocean data marketplace. The HYGROPRO DEFARM mission is to create the offer that cannot be refused. We believe that the best way to push the state of the art for vertical farms is to foster collaboration and we also believe that Ocean Protocol is the platform to make that connection.

With the OceanDAOs support, we will find the way to make Ocean Protocol the premier controlled environment dataset marketplace and the crucible for Artificial General Agriculture Intelligence. 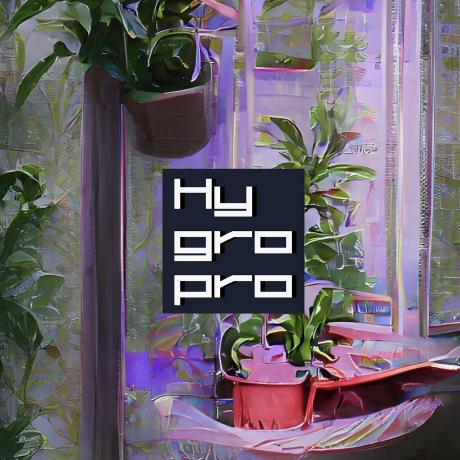 HYGROPRO has 5 repositories available. Follow their code on GitHub.